As Turkey becomes an ever-attractive country for expats and immigrants, it is easy to see that certain areas in the country are disproportionately favored by foreigners.

With such areas at the risk of becoming overpopulated, the Turkish migration department has been reminding foreign residents of the 25% rule.

According to Turkish law, in any given region in Turkey, the population of foreign nationals settled in or temporarily living in that area must not exceed 25% of the overall population.

Here Is a List of the Neighborhoods and Districts in Istanbul That Will Not Be Accepting Foreigners’ Applications for Address Registration:

In addition to the above neighborhood and districts, there are 16 provinces that have been closed to settlement by foreigners seeking temporary or international protection, ie. refugees and similar.

The announcement was recently made by Deputy Minister of the Interior and Ministry Spokesperson İsmail Çataklı.

Turkey recently announced a list of 781 neighborhoods and areas that are off-limits to foreigners. Learn more here.

The Turkish migration department publishes updates regularly on the matter. To stay informed, you should regularly check their website, or their Twitter account for official updates.

Alternatively, you could call 157, the Foreigners Communication Center, for updates.

According to the latest statistics, it is estimated that for every 3 homes sold in Istanbul, 2 are bought and owned by foreign nationals.

You will be pleased to know that this 25% rule does not apply to foreign homeowners but to those staying in Turkey as tourists and living under refugee status.

For more information about how to buy a home in Turkey, read our blog.

If you are relocating to Turkey and are worried about the foreigner limit in provinces and neighborhoods, you might want to turn your sights away from Istanbul to provinces often overlooked.

You should consider areas like Yalova, Aydın, Muğla, Bursa, and Antalya to name a few.

Check out our where to live in Turkey guide for the best and most interesting places for foreigners to live if Istanbul isn't your ideal place.

How to Register Your Address in Turkey

Registering your address is also becoming an increasingly difficult hurdle to pass in recent months. In Istanbul, the whole process now goes through the Yabancılar Şube Müdürlüğü (The Foreigners Department) in Fatih (aka Nüfus).

It is important to get your address registered as soon as possible in Turkey and especially in Istanbul. If additional towns or neighborhoods get added to the list of foreigner-restricted areas, you may have to change homes.

Hence, Turkish authorities have also made it mandatory to have a registered address as proof to renew your residence permit and to remain compliant with migration department rules.

If you want a refresher on how to apply for a residence permit in Turkey or want to know the best places to purchase health insurance from, check our blog. 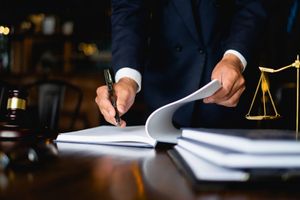 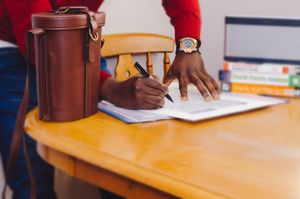