It should come as no surprise that international buyers are eager to invest in the real estate market in Istanbul given that it is one of the most visited cities in the world and has a house price growth rate that is greater than 100 percent.

In addition to being one of the major cities in Europe, Istanbul is also located in one of the most desirable locations on the planet. Its current population of 16 million accounts for around 20% of the entire population of the country, and the United Nations projects that by the year 2035, it will have grown to 18 million people.

Istanbul is a magical destination because of its strategic location between Asia and Europe. It serves as a meeting spot for the two continents. People from all over the world travel to the city to immerse themselves in the city's diverse culture, not to mention the famously warm hospitality of the Turkish people.

In 2019, Mastercard's Global Destination Cities Index ranked Istanbul as the eighth most visited city in the world. This ranking was based on the city's total visitor count of 14 million.

Bringing Together the Modern With the Traditional

The architectural and archaeological monuments of Istanbul, which date back hundreds of years and still have colorful stories to tell, are major draws for vacationers. The city was formerly known as Constantinople, and it served as the capital of the Roman, Byzantine, and Ottoman empires at various times throughout history. Its long history, which can be traced back to the second millennium BC, imbues the area with a sense of mystique and a magnetic allure that entices people from all reaches of the contemporary world to visit.

Because Istanbul is a center for tourism and commerce, the entire city is undergoing transformations, and the topic of transportation is quickly becoming one of the most prominent ones.

The recently finished Istanbul Airport is one of the largest in the world, and it now offers direct flights to 66 different countries as well as all of the main capitals.

Galataport Cruise Port, the world's first underground cruise ship terminal, was presented to the public for the first time at the end of the year 2021 in Istanbul. It is anticipated that the port will attract 25 million visitors from other countries as well as passengers aboard cruise ships in its first year of operation. From the Mediterranean basin to the Black Sea, the logistics of cruise ship tourism will need to be rethought as a result of this.

The Rankings Are Topped by Istanbul

Investors from all over the world are eager to engage in the real estate market in Istanbul as a result of the continuously growing population of the city. It should come as no surprise that there is a significant demand for rental houses, and Turkey's property market continues to be quite active.

The pandemic has produced disruptions in the supply chain, which has forced building costs to continue to rise and has led to a limited supply. In addition, because inflation has reached an unbelievable 70%, a growing number of Turkish individuals are investing in real estate as a hedge against inflation. This is leading to an increase in demand across the board in the housing market, with luxury residences experiencing particularly high levels of interest.

Because of this, the real estate market in Turkey is expanding at a rate that is higher than that of any other country in Europe, and the prices of homes in Istanbul are rising at a rate that is even higher than the average rate for the country. In point of fact, according to Knight Frank's Global Residential Cities Index, Istanbul was the city with the highest rate of price growth in the year leading up to Q1 2022, with a nominal growth rate of 122 percent. This was the case in Istanbul.

Possibilities Available to Investors From Other Countries

Domestic purchasers are the primary driver of demand for real estate in Turkey; nevertheless, there is a growing interest among foreign investors to participate in the country's market.

By participating in the Turkish Citizenship by Investment program, sometimes referred to as Turkey's Golden Visa program, overseas buyers have the opportunity to get a Turkish passport by investing at least $400,000 in Turkish real estate.

And the most exciting thing is... The Golden Visa program in Turkey is one of a kind because it does not require applicants to have a certain amount of time spent living in Turkey. This indicates that you can obtain a Turkish passport in a period of less than two months even if you have never set foot in Turkey.

The city is a wonderful site to invest in real estate on account of its status as a thriving metropolis, historic gem, and world-famous tourist attraction. The real estate market in Istanbul is sizzling right now, making this the ideal time to make an investment there.

Love Istanbul? Learn more about the area by consulting our travel guide, and get in touch with us right away to reserve the home of your dreams. 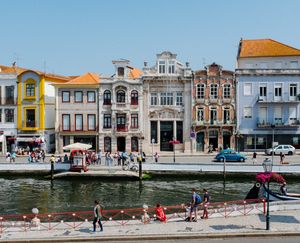 Lost or Stolen Turkey Residence Permit? Here's What to Do 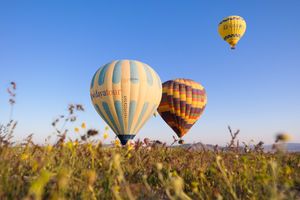