Turkey to Introduce Foreigner Limit to 1200 Neighbourhoods From July 1

Interior Minister Süleyman Soylu made some important announcements at a recent press briefing addressing “migration” at the Immigration Administration (GİGM) Conference Hall in Ankara on June 11.

Among the most pressing issues the minister touched on were address registration practices, residence permits, and illegal migrants.

On July 1, a New Foreign Resident Limit Will Take Effect.

Minister Soylu said that Turkey would be introducing a new practice regarding residency from July onwards. He said the rate of foreign nationals who reside in any given neighborhood would be reduced to 20 percent down from the previous 25 percent limit.

“In order to prevent the concentration of foreigners in certain regions in our country, we have closed [to foreign residency] a total of 781 neighborhoods in 54 provinces, where the ratio of foreign nationals to the total number of people exceeds 25 percent, including all foreigners under temporary protection and residents. As of July 1, we have decided to apply this 25% rate as 20%. Thus, these 781 neighborhoods have increased to 1,200 neighborhoods. A residence permit will no longer be granted [to foreign nationals] here,” he told the press.

Head here to read more about this limit and previous developments.

Minister Soylu also said that new regulations were introduced to prevent the transportation of illegal immigrants in taxis.

He said taxi drivers have been tasked with asking for proof of valid and legal residence permit documents from foreign nationals. So, if a driver asks to see proof you should be able to show that you are a legal resident.

“We made the question 'Do you have a residence permit to stay in this country?' obligatory [for taxi drivers]. This obligation exists in buses and public transport. When they could not do this in public transportation, they shifted it to trucks, trucks and taxis,” Soylu explained.

The minister said that Turkey’s national fingerprint reading/scanning system, the similars of which are only available in 7 countries, would also prevent overstays by determining those whose visas have expired.

Under the Pretense of Education and Medical Treatment, Touristic Stays Continue

Soylu reiterated that no other type of visa will be issued to foreign nationals who first come to Turkey for education or medical treatment purposes. He said this was to stop the exploitation of Turkey’s visa and residency system.

“We are rejecting residence permit requests for tourism purposes of those who enter our country by [initially] obtaining an education and medical treatment visa. We will not issue any other [type of] visa,” he said, highlighting that such individuals would have to return to their home countries first before coming back to apply for residency in Turkey.

Soylu said this was why Turkey rejected residence permit requests for touristic purposes from foreign nationals who entered the country after Feb. 10, 2022 but initially resided in Turkey under other types of visas.

The Issue of Forged Rental Contracts

He reminded that, currently, new limits have been set for the scheme:

“We previously said; 'If you buy a house for 75,000 dollars in big cities, we will give you a residence permit'. [..] In [other]l cities, there was no limit. [W]e have set a limit to this for now, and we will consider revising our decision by monitoring this,” he said.

The minister also touched on the recent ruling about rental contracts to prevent fraudulence.

“If a Turkish citizen or property owner is going to rent his house to a person, a foreign national, or a resident, they will [have to] go to the notary. They will have to [draft and sign] the lease together,” Soylu said.

Minister Soylu also said the Turkish government had taken precautions against fraudulence in private health insurance. He said that since Turkey made it mandatory for all residence permit applicants to have health insurance, there have been cases of fraudulence with fake policies.

He said Turkey would be coordinating with the Treasury Department's Insurance Regulatory Center to make such insurance policies more functional and reduce the period of insurance coverage to 6 months, including those applying for long-term residence permits.

An integrated system with the Migration General Directorate of Migration Administration will also allow the government to automatically check whether these insurance policies are fake.

This Eid Al-Adha, Syrians Will Not Require a Special Travel Permit

Minister Soylu also announced that there will be no holiday leave for Syrians during Eid al-Adha, more widely known as Kurban Bayramı in Turkey, like last year.

He said that considering “almost 99.9%” of Syrians who applied to go back to Syria during this period in the last 2 years have returned to Turkey, they decided to stop this practice as it did not contribute to Syrians’ safe returns.

Soylu also reminded that Syrian citizens still have to get a “road permit” to travel between provinces in Turkey.

“Travels of all Syrians between provinces are subject to permission. [...] Syrians who are found to be outside the province of their residence without permission are subject to the reporting obligation. The temporary protection registration records of those who do not comply with the notification obligation will be canceled,” he said. 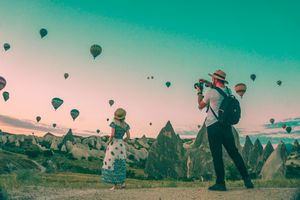 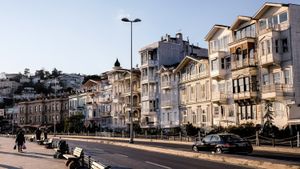