The government of Turkey has made it public that applications for first-time residence permits from foreign nationals and transfer requests to change their official province of residence are no longer being accepted in 1,169 areas around the country.

The new regulation went into effect for inhabitants on Friday, July 1, 2022. It was the latest in a series of similar regulations that had been implemented with the intention of reducing the number of foreign nationals living in particular parts of the country.

Why Is Turkey Closing Neighborhoods to Foreign Residence?

A previous announcement made by the Ministry of the Interior back in June stated that a total of 781 neighborhoods throughout 54 provinces will be off-limits to people from other countries.

A prior judgment that specified the ratio of foreign nationals to the overall number of people must not exceed 25 percent was adhered to by the announcement, thus it was in keeping with that decision. The ruling applied to both permanent residents and any foreign nationals receiving either temporary or permanent international protection.

On the other hand, the administration announced that beginning on July 1st, this rate would be reduced to 20%. As a result, there are now 1,200 more neighborhoods that have been impacted.

Head here to read up on the previous developments.

Which Neighborhoods Are Affected Now?

Some of the neighborhoods in Turkey's metropolises (large cities) are the ones that will no longer accept address registrations or applications for residency permits from foreign nationals. These metropolises include Adana, Izmir, Ankara, Istanbul, Antalya, and Mula.

Click on the link provided if you would like to view an extensive list of the areas and determine whether or not your future relocation strategies will be affected.

The government has stated that it will not make any exceptions for foreign nationals, including those who are registering for temporary or international protection, residence permits, or a change in residence. The only exceptions to this policy are newborn children and the reunification of immediate family members.

A complete updated list/table is provided below. 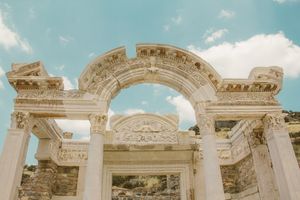 What Happens if You Overstay Your Visa?