What Happens if You Overstay Your Visa?

Visas allow visitors to stay in another nation for a set amount of time before leaving. Overstaying a visa and remaining in the country usually results in penalties and potentially prosecution by local immigration officials.

It is critical to understand and adhere to the rules of your visa. Visa overstaying is a severe offense. Penalties can be high in some nations.

In many circumstances, leaving the country before the old visa expires and applying for a new online visa is the most straightforward alternative. This will allow the traveler to return with a new travel permit valid for the entire validity period.

Consequences of Overstaying Your Visa

In most nations, overstaying a visa is a crime with harsh implications for the tourist.

The punishment for exceeding a visa's validity period varies depending on the country's legislation. The severity of the penalty may also be determined by how long the visitor remained in the country without authority after the visa's terms expired.

Overstaying a visa may result in the following consequences:

Some countries may impose multiple punishments, such as finding the traveler and excluding them from visiting the country for an extended time.

Many countries penalize foreign nationals who overstay their visa. These can be costly in some nations. Overstaying a departure visa in Saudi Arabia, for example, can cost the traveler SR1,000 (about USD 270).

Other countries, including the United States of America, impose travel restrictions. The following prohibitions may be enforced depending on how long the individual overstayed their visa in the United States:

Most nations will deport overstayers in addition to penalties and/or travel bans once authorities become involved.

Certain countries, including Germany, may imprison offenders before deporting them.

Which country has the most stringent visa overstay regulations?

Germany is well-known for having the most strict legislation in the EU.

Overstaying the conditions of a visa can result in a year in prison.

Greece is also known for its harsh penalties for visa violations.

Overstaying travelers may be fined up to the equivalent of USD 1,200.

What Are Reasons for Visa Overstaying?

Overstaying a visa may be justified in some instances, where the person may not face any penalties.

The sound causes for overstaying differ according to the country's rules. However, if the visa holder needs urgent medical care and cannot travel, they will usually be allowed to stay.

Other acceptable causes, depending on the country, include:

Foreign nationals will be expected to give proof of their valid justification for overstaying, regardless of the reason. This could be a letter from the hospital where they were treated.

If they are physically capable, they may need to seek an extension or another sort of visa or permit. For this reason, certain nations offer "extension of stay" (EOS) or "change of status" (COS) services.

Extend Your Visa Before the Expiration Date

It may be possible to renew or obtain a new visa to prevent overstaying a visa.

In many circumstances, visitors must first leave the country and apply for a new visa to re-enter.

Many nations now have electronic visa (eVisa) systems that allow travelers to apply online, making this process easier. Travelers may be able to simply pass a land border, complete the online application, and then return in certain instances.

If an online visa is not available, the process becomes slightly more cumbersome. In certain instances, it may be essential to leave the nation for a short period to apply to an embassy.

Certain nations, however, enable current visas to be renewed during the stay as long as they are still valid.

Others allow tourists who plan to stay for an extended period to apply for a resident permit (usually short-term).

Local immigration laws differ from one country to the next. International tourists should research the possibility of extending a visa, and how to do so in the country they are visiting. 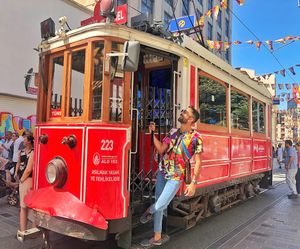 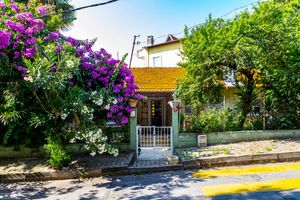