The Marmaris Guide: Retirement, Cost of Living and Lifestyle

Once the center of fishing and sponge diving, Marmaris has become the second most populated district in Muğla after Bodrum.

Its low-key reputation has blossomed into a burgeoning modern holiday resort, turning it into a multicultural hub.

With the Datça peninsula to its west and the Mediterranean Sea to its south, Marmaris has become a favorite spot for foreigners and Turks, which has caused a boom in the real estate market in recent years.

With its cobbled streets, blue seas, green forests, and cosmopolitan vibe, it's not hard to see why.

Is Marmaris the right fit for you? Let's see.

Though slightly less popular than Fethiye and Bodrum in the Aegean province of Muğla, Marmaris has seen growing interest over the years, especially with the British and Russian expat population, as a retirement and holiday destination.

Marmaris boasts excellent and sunny weather year-round, as do most districts on Turkey's golden coast. This makes an ideal destination for retirees, especially those who want the sun to shine for most of the year. The heat coupled with high humidity can get unbearable for the elderly and those with chronic conditions, so it is best to keep that in mind.

Although the city center remains the most popular place to settle in, Armutalan and Beldibi are great spots for retirees.

Owing to being a touristic town, many establishments such as cafes, bars, and restaurants close in the dead of winter and spring back to life come summer.

The harbor and marina are where life happens, and seafront restaurants and pubs are always full. Nightlife is vibrant, eclectic, and caters to different crowds.

Heavily influenced by the local expat population, you will come across many foreign foods in restaurants, most notably British chippies.

The weekly bazaars in the town give you a mouthwateringly colorful choice of products, including tropical fruit due to high humidity.

Overall, Marmaris is an excellent location for an affordable and comfortable lifestyle.

Cost of Living in Marmaris

Compared to central regions and smaller towns, the cost of living in Marmaris is higher than most, but it is also cheaper than Datça and Bodrum. Compared to Europe and the UK, life is much more affordable with cheaper utilities, fresh fruit, and vegetables.

You'll only need heating for about 3-4 months of the year but may have to invest in an air conditioning unit for the summer, primarily if you are not used to the heat.

The average cost of living is higher than the national minimum wage (around $380), with the most significant chunk going to rent, starting at the TL 1,500 band. Rent prices start rising around March and April, so it is best to secure a place in the winter if you are thinking of staying longer.

Perhaps the most famous of Marmaris' beaches are Sedir Island, also known as Cleopatra Island. It is the beach where Roman general Marcus Antonius has shipped tons of golden sand over from Egypt for his one and only lover, Queen Cleopatra.

From the crystal clear waters of İçmeler bay and Turunç beach with its citrus trees to the hidden shores of Selimiye, which are perfect for a getaway from all the noise and people, Marmaris' coves and beaches are aplenty.

Marmaris offers a great variety of outdoor sports – from jeep safaris, quad biking, hang gliding, climbing to rafting, canoeing, sailing, and diving; there is never a shortage of adrenaline-filled activities in Marmaris in the summer. The district is also one of the hosts of the World Rally Championship.

The Marmaris region is recognized for its natural beauty with its archaeological and cultural heritage. Marmaris is home to many ancient cities whose history dates to Roman and Hellenistic times; Physkos, Loryma, Amos, Bybassos, and Knidos are just a few of many. In short, don't be surprised if you spot some ancient ruins scattered around while hiking in nature.

As the sun shines strong for a good 9-10 months and at the Aegean and Mediterranean seas' junction, you can swim for seven months of the year. With the sea temperature dropping to 17 degrees Celsius at the lowest, you could enjoy the clear waters even longer if you are brave enough.

Marmaris' proximity to other touristic destinations makes for an excellent excuse for day trips or weekend getaways, especially in winter when everything goes quiet. From Bodrum and Datça to its west to Fethiye and Dalyan to its east, these popular destinations are about an hour or two's drive away, including the Dalaman Airport.

5 Things I Wish I'd Known before Moving to Marmaris

As with most touristic resort towns, your job opportunities will most likely be seasonal, and knowing English and Russian will give you an advantage. If you work in the hospitality sector, you might have to save up for winter.

Did you know that Marmaris comes in second only after Rize in the notoriously evergreen and rainy Black Sea region when it comes to rain? Due to its positioning between the mountains, the district attracts a lot of rain which translates into high humidity levels, making the heat in summer much worse than it is.

Much like its sister districts, Fethiye and Bodrum, once tourists and holidaymakers leave, the town becomes deadly quiet. While summer is a lively and multicultural melting pot, come fall and winter, the population drops drastically, which can be a blessing or very isolating.

If you in the coastal areas of Muğla, you should know that burning coal is banned, and hence you will either have to go for air conditioning or a wood-burning stove to heat your home. Although you also can go for central heating, as the district has pretty mild temperatures 8-9 months of the year, it will likely be costly.

Though it is not on a scale anywhere near California or Australia, unfortunately, forest fires a regular occurrence in Marmaris' during the summer. It's not limited to Marmaris, though, and Turkey's touristic south may have to deal with fires from time to time. So, it's best to keep in mind when choosing a home. 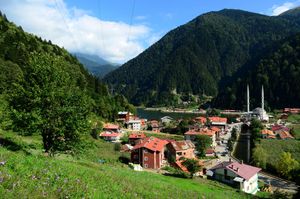 The Trabzon Guide: Retirement, Cost of Living and Lifestyle

The Çanakkale Guide: Retirement, Cost of Living and Lifestyle 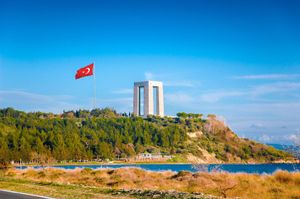