The Antalya Guide: Retirement, Cost of Living and Lifestyle

As Turkey's 5th most populated and 6th largest province by area, Antalya is a city loved by locals and foreigners. Situated along Turkey's sunny south by the Mediterranean, the city is one of the country's top holiday destinations and is especially popular with Russians.

It's a cosmopolitan and lively city that offers a bit of peace, an amalgam of urban and country life. Travel back in time by visiting Paleolithic sites such as the Karain Cave, get a dose of culture by attending an opera or ballet performance, or get rid of the year's stress on the mile-long sandy beaches of Lara or Belek; the city has so much to offer.

Is Antalya the right fit for you? Let's see.

Good food, good people, and good weather. A holiday destination and bustling metropolis all in one, without the chaos. What more can I retiree ask for?

Getting bored of Antalya is not a possibility. In essence, Antalya combines all the best parts of towns like Bodrum and Fethiye (the sea, sand, and sun) and cities like Istanbul (culture, events, lively urban life).

You can swim in the sea for at least nine months out of the year, and the average temperature is around 18 degrees Celsius, slightly warmer than the Aegean.

Antalya is ideal for retirees as every corner offers a different lifestyle. You'll be able to go skiing in the mountains in winter and sunbathe by the beach in summer, all at an affordable price.

Depending on which area you live in, you can experience all four seasons in a day. By the sea on a sunny day, it will be warm like summer, but go further inland, and you'll feel a cool fall breeze, and if you ascend the mountains, you'll be greeted with snow.

You'll never have a shortage of beautiful places to visit - waterfalls, canyons, beaches, and ancient cities, or leisurely and sporty activities to do. Besides being Turkey's golfing haven, Antalya is also an excellent place for white water rafting, scuba diving, or skiing.

The traffic, especially compared to Istanbul or Bodrum in the summer, is non-existent. It's easy to get to places by bus or on foot (though the city itself is vast).

Cost of Living in Antalya

Antalya's cost is lower than both Bodrum and Istanbul, with rent almost half as cheap as the latter.

With rent ranging from TL 900 to TL 1,300 on average for a single-bedroom flat, you'll need to earn more than the national minimum wage (around $380) to get by comfortably. Rent will change depending on the area you live in, whether it is the city center or not, and whether it is a tourist destination in the summer.

Considering all expenses, including utilities and food, a single person will need around TL 4,500 a month.

Because most of the country's vegetables and fruits grow in Antalya, you'll be spoilt for choice at bazaars and markets, even in the dead of winter. Unlike Istanbul or other faraway locations, produce is also much cheaper here than in other cities as it doesn't have to be transported across the country.

Not only is renting much cheaper than metropolises like Istanbul or tourist towns like Bodrum, but it is also much easier to find a place with a sea view. Although there are plenty of apartments, detached houses are also famous, making it an excellent choice for those seeking more privacy and a comfortable way of living with spectacular views to boot.

Getting by without a car in some cities is impossible, but this is not the case for Antalya. Not only are public transportation costs comparatively cheaper than other destinations in Turkey's south, such as Fethiye or Bodrum, but they are also much more frequent, and the network is vast.

In the ancient Lycian cities of Olympos, Patara, Phaselis, and Termessos or the Roman theater of Aspendos, Hadrian's Gate, or Perge, history buffs will never get tired of exploring pieces of historical past in Antalya.

Antalya's natural landscape is rich and varied. From karst spring and sinkholes to waterfalls such as Manavgat and Düden or natural parks such as Köprülü Canyon, you'll be mesmerized by the shades of blue and green.

5 Things I Wish I'd Known Before Moving To Antalya

The direction your home faces in Antalya matters, especially if you happen to choose a north-facing house; you'll likely have trouble keeping the house warm in winter and cool in summer. Your best choice will be to choose a home facing the southeast.

Antalya is famous for its sudden downpours and rather heavy rain season, which changes annually. Depending on the area you live in, you might be at risk of flooding. When choosing a home, mostly if it is detached, keep this factor in mind.

At the height of summer in August, the Mediterranean's waters, especially around Kaş, warm-up considerably (to 29-30 degrees Celsius). Instead of a cool dip, you'll likely feel like you are having a warm bath, which could be a blessing or a curse.

As long as you don't live in a mountainous or humid area, you won't have to splash out more cash for a clothes dryer as the sun and mild temperatures year-round mean your washing will dry on the line just fine, even when there is rain.

If you happen to go outside the city center in the summer and head up to the plateaus, you'll be surprised to feel the temperatures drop. Many Antalya locals head out here to escape the heat and crowds and turn to nature.

5 Nearby Towns To Visit 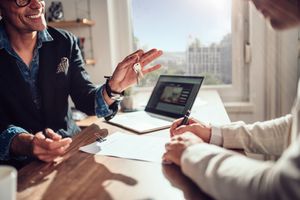 Starting a Business in Turkey When You Are Not Turkish 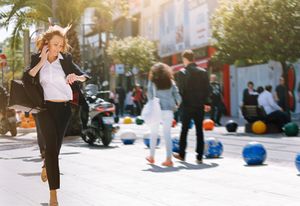