Want to explore the best Istanbul has to offer but don't know where to start? Are you looking for a family- or conservative-friendly locations for culture and entertainment? Let this article serve as an introductory guide for discovering this mega Turkish city through unique attractions.

One of the most popular day trips or weekend getaways for Istanbulites is the "Adalar" (The Islands), namely the archipelago of Princes' Islands, sitting across the city's southeast amid the Marmara Sea. And with a ticket that costs only a few Turkish liras, these ferry rides are one of the most budget-friendly day trips you can take in the megapolis.

The islands used to be places of exile for troubled princes centuries ago (hence the naming), but with the invention of steamboats in the 19th century, people started to settle on them.

This archipelago consists of nine islands, four major (Büyükada, Heybeliada, Kınalıada, and Burgazada) and five minor ones. The ferry ride to reach the islands takes about 75 minutes.

Büyükada is the biggest of them all and houses the 6th-century Hagia Yorgi Church. Heybeliada is the second largest while Kınalıada is relatively tiny, and so is Burgazada, which was the home of late Turkish writer Sait Faik.

There are (for the most part) no cars on the islands, bar the garbage trucks, police cars, and fire brigade, and you will be pleasantly surprised to get away from the traffic of mainland Istanbul while there.

People get around on bicycles or on "faytons," which are horse-drawn carriages. Or you could always make your way around on foot. You can easily rent a bike by the pier to discover the island grounds.

Most would say the best time to visit the islands are during late spring and early fall, so April - May, and September – October as the summer are too hot and very crowded, and in winter, the ferries tend to get canceled because of storms, fog, and the adverse weather.

When you start to grow tired of the metros and the metro buses, the cars and the busses and you fancy getting away from the city for a while; there are high-speed trains at your service in Istanbul to take you to exciting cities nearby.

Especially since the Marmaray was completed and its tracks were extended in both the Anatolian and European directions, more and more people have enjoyed the comfort of railway transport. Thanks to these new links and high-speed trains, you can get to Eskişehir, Ankara, and Konya from Istanbul.

From Ankara, you can even continue onto the nostalgic Eastern Express for a ride out of Agatha Christie's novels.

One of Istanbul's main attractions is its many museums of history, culture, and art. There are dozens to visit, all scattered around the city, and here are the best ones we recommend:

Topkapı Palace is the most visited and most famous of them all. Featuring remnants of the Ottoman past, this imperial residence for the sultans and its "harem" is of great interest to visitors.

The Istanbul Archaeological Museum in Sultanahmet Square is excellent for history lovers. As the first Turkish museum and one of the world's largest, the Istanbul Archaeological Museum has showcased over a million Greek, Roman, and Byzantine artifacts and works since the 1800s. It also houses the first peace treaty ever signed, the treaty of Kadesh.

The Museum of Innocence will be a place on your "must-visit" list if you have read Nobel prize-winning Turkish author Orhan Pamuk's novel "The museum of innocence."

Madame Tussauds Istanbul is an excellent location for families where you can see the waxworks of celebrities worldwide and take fun photos.

Istanbul Modern features works and exhibits primarily by Turkish artists and, along with Pera Museum, are the pride and joy of the modern art scene in the city and Turkey.

Founded by Turkish poet and writer Sunday Akın, the Istanbul Toy Museum showcases an impressive range of nostalgic toys collected from auctions and antique shops in over 40 countries.

The Panorama 1453 Historical Museum offers visitors a 360° panoramic view of the battle for Constantinople and helps them step back in time with 3D glasses.

When it comes to strange and exciting places to visit in Istanbul, Miniatürk is what first comes to mind for many. It is a miniature park of Turkey's most famous landmarks and treasures, both historic and non-historic. In a way, it is Legoland without the legos and rollercoasters, the amusement park of which Istanbul also has a branch.

Did you know that the minarets of around 3,000 mosques decorate Istanbul's skyline? Here are some of the most beautiful and striking places of worship to visit in the city.

The Blue Mosque, or the Sultanahmet Mosque as the Turks more commonly know it, is undoubtedly Istanbul's most famous religious landmark getting its name from the intricate bright-blue tiles. This mosque sits right across Hagia Sophia, the church-turned-mosque and UNESCO World Heritage site.

This beautiful place of worship is just a 10-minute walk from the Grand Bazaar on the city's historical peninsula; this mosque overlooked the Bosporus and the Golden Horn built by talented Ottoman architect Mimar Sinan.

Another architectural marvel built by the famous architect Sinan, this mosque may be small, but it packs a punch with its decorative and exquisite ceramics from Iznik.

The Grand Çamlıca Mosque is a relatively new place of Islamic worship and was completed and opened to the public in 2019. Located in the Üsküdar district of Istanbul and sitting atop the Çamlıca Hill, the mosque is the largest in Turkey and boasts an art gallery, library, and a conference hall.

When you have had enough of the sight of land and would like to discover Istanbul by boat, look for sunset cruises and ferry rides.

Going on a boat tour along the Bosporus should be on everyone's bucket list as it is one of the most unique and entertaining ways to discover the city's most beautiful sights.

You have a few ways to go about a boat tour. You can either take a public ferry (şehir hatları) and travel a set route or hire a private boat or yacht for a day for a more customized experience. There are also specialty sunset cruises on ships if you seek to travel in style and luxury.

You will get to see the fortresses, palaces, and museums from a new angle and admire the city's three bridges when you go on these sightseeing tours on the Bosporus. The ferries leave from docks at Eminönü, Kabataş, and Beşiktaş, where you can also find a private boat or yacht tours.

If structured sightseeing is what you seek, you will have the option of going on a short or a long-circle Bosporus tour.

The short one takes about 2 hours, including spots such as the Dolmabahçe Palace, the Ortaköy Mosque, the Rumeli Fortress, and the Maiden's Tower. It operates daily and leaves from the Eminönü pier.

If you want to go for the more extended tour, it lasts about 6 hours from start to finish and leaves from the Eminönü pier. The boat, however, goes along Kanlıca, Sarıyer, Rumelikavağı and Anadolu Kavağı instead of passing by Ortaköy after Üsküdar as the short tour does.

Discover Muğla and Its Picturesque Islands in Turkey 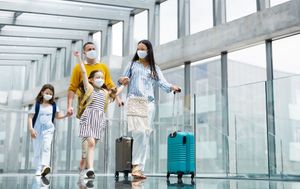