Discover Muğla and Its Picturesque Islands in Turkey

While Turkey's southwest and, in particular, the city of Muğla is charming when discovered via land, to truly appreciate its beauty, one must find it by sea. An often overlooked, its many islands surrounded by the clearest of waters stand as relatively untouched gems waiting to be explored, away from mainland crowds.

Here is a look at the many islands of the region and the activities you can do to enjoy your time in Muğla to the fullest.

The Gulf of Fethiye (Fethiye Körfezi in Turkish) has one of the most mesmerizing coastlines in Turkey, stretching from Cape Kurtoğlu in the west to Cape Iblis in the east. The gulf has enjoyed burgeoning popularity as a boating destination since the late 80s, thanks to its beauty and strategic location.

Dozens of islands dot the gulf, with secluded bays and coves offering the perfect cover from storms for yachts and gulets, and hence, historically, it was used as shelter by sailors. Nowadays, it thrives as a tourism center and a yachting haven.

The deepest part of the gulf, which looks like a square viewed from above, has an altitude of 490 meters. Many historical artifacts have been complete and partially submerged underwater in the parts of the gulf close to Fethiye because the sea level changed over hundreds of years.

In and around the gulf are many locations worthy of exploring, including the bays of Bedri Rahmi and Tarzan. Perhaps one of the most famed spots in the bay of Cleopatra's Baths (Hamam Koyu in Turkish). Beneath the turquoise waters are the remnants of the ancient baths Marc Anthony gifted to Queen Cleopatra for their wedding. Rich in thermal activity, many credits the thermal, mineral-rich waters for Cleopatra's beauty. This bay is one of the many stops on the 12-day island cruises in the gulf.

One of the best and most relaxing ways to explore the area is to go on a 12-island blue voyage, which takes visitors to 5 or 6 islands in the Gulf of Fethiye for a day of swimming, diving, and snorkeling. Although most are day trips, if you think a day is not enough, you can also opt for 3 or 4-day leisurely cruises.

Şövalye Island (Knight Island or the Old Megri): Preferred more widely by the locals, this island is a gateway to Fethiye and was once a defense point for the Knights of St John. The views at sunset are breathtaking, and the summer breezes carry notes of lavender and thyme across the whole island.

Kızılada (Red Island): Another popular stopover for daily boat tours, Kızılada gets its name from its reddish-brown foliage (the color "kızıl" in Turkish) while some say it is from the reddish sunsets. Turkish pines, carobs, and sweetgums cover almost half of the land. The island also has a 19th-century lighthouse on its southern point.

Göcek Island: This quaint island is covered with pine trees and surrounded by calm and clear waters, perfect for a swim after anchoring your yacht. There are many coves where boats can dock around the island, which has made it a popular stopover point on blue cruises.

Yassıca Islands (or Flat Islands): Consisting of five islets of various sizes, the Yassıca Islands are where boats usually take their lunch breaks or extend their stays. The northern part of the main island is sandy and ideal for swimming. Scuba diving is also popular.

To the south of the Yassıcas lies the Zeytin (Olive) Island (also called Hacı Halil Island), covered in olive trees. It is the only privately-owned island in the area and is home to an olive processing plant that has existed since Ottoman times.

Tersane Island: As the largest island in the gulf, Tersane Island is a popular stopover on day trips and a docking point for yachts. You will be able to see remains of a Byzantine church and Roman shipyard on the island, the latter of which gave the island name, as it was once an old Greek settlement. The island is triangular and has three small bays.

Domus Island (Pig or Boar Island, also known as Prince's Island): Named after the wild boars that live in the higher parts of the pine- and olive-tree covered island, this piece of land is also known as the Prince's Island as it was once owned by one. It is separated from Tersane Island by a narrow channel, and the Aquarium Bay, famed for its colorful fish, is also located between these two islands. You can also catch glimpses of submerged ruins by the coast.

Apart from the 12-island cruise off the coast of Fethiye, other districts of Muğla also offer an array of boating experiences.

Bodrum and Marmaris are the most preferred places in Muğla for daily trips that stop by in the prettiest bays and coves of the Aegean and Mediterranean. For example, Karada (Black Island) and Orak Island are great swimming and diving spots for day boat trips in Bodrum, while in Fethiye, passengers can enjoy the secluded Butterfly Valley and Gemiler Island. You can book these trips online or go to the harbor to ask around for the best price and most comprehensive trip.

Alternatively, you could go on a chartered boat tour with a larger group and have a whole gullet or sailing boat to yourself for the ultimate holiday in the Gulf of Gökova.

Although it is hard to top a blue voyage along Göcek and the Gulf of Fethiye, you can discover this sunny district by cable car too.

A recently completed project, Skywalk Fethiye, takes visitors from Ovacık to Babadağ, one of the most famous paragliding centers in the world. Views from the cable car include:

The cable car, which opened to tourists on June 7 this year, shortened the 40+ minute journey by car to the top of the mountain to about 15 minutes. 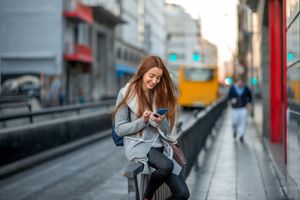 25 Must-Have Apps for Living in Turkey 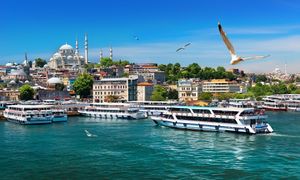