Officially, There Are 1.3 Million Foreigners Living in Istanbul

According to official estimates, there are around 1.3 million foreigners living in Istanbul.

In Istanbul, which has a total population of over 16 million people, the Provincial Directorate of Migration Management has estimated that there are close to 1.3 million foreigners who are living in the city legally.

According to a written statement released by the directorate, there are approximately 746,000 foreigners who have residence permits and 548,000 Syrians who have temporary protection who are legally residing in Istanbul.

The directorate also stated that as soon as security units discover illegal immigrants, the appropriate administrative and legal actions are taken against them, and then they are deported back to the countries where they came from.

"Since the beginning of the year, inspections have been conducted in Istanbul. As a result, legal action has been taken against 94,708 illegal immigrants, and 19,032 people have been deported directly to their countries."

According to the statement made by the directorate, "Under the coordination of the directorate, 66,524 illegal immigrants who were prosecuted have been transferred to removal centers in other provinces."

The directorate said in a statement that "Every detail and up-to-date piece of information is shared with the public." In addition to that, it was mentioned that statistics regarding international visitors to the nation are available on the website of the Directorate General of Migration Management.

Opening a Bank Account in Turkey: FAQ on Misconceptions 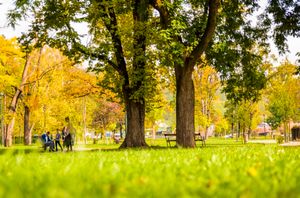