Culture and Social Etiquette in Turkey

Turkish culture is unique because it is an amalgamation of the West and East with its characteristics.

Although Turks are very friendly and warm and hence can be seen as more expressive with minor qualms about personal space, specific occasions or regions where the influence of Islam and being more conservative stifle such interactions.

Here is a brief introduction to Turkish culture and social etiquette basics in Turkey:

To say this concept doesn't exist in Turkish culture would not be an exaggeration. If you ever make any plans with a Turk, prepare to wait at least 15 minutes or more as a rule of thumb. Of course, overgeneralizing is always wrong, and you may meet Turkish people who value others' time and are very planned and disciplined but more often than not, if the other party is Turkish, you will be the one waiting.

If you are slightly late to an event, this is generally not considered rude, but being on time as a foreigner always makes a better impression.

Do not apply this to job interviews or work situations, as punctuality is a sign of your professionalism.

In Turkish culture, mothers and older adults are given utmost respect. Mothers are revered as sacred figures, and you will receive backlash for any sign of disrespect.

During Bayram's (religious holidays), for example, you may be expected to kiss the hands of the elderly (women or men) and then place their hand on your forehead momentarily as a respectful greeting.

Depending on the region you are in, Turkey, your relationship with women will change character.

For example, in the more coastal or southwestern regions and big cities, you will often see people greeting each other with handshakes, hugs, waves, or the traditional double kiss on the cheek.

In more conservative regions of Turkey, however, members of the opposite sex will not greet each other in the customary Turkish way (two kisses on each cheek). Some conservative women may avoid eye contact or handshaking with men they do not know or are not from their family, so do not take it personally.

Handshaking is the safest way to greet someone, and always make sure you welcome the elderly first.

When in doubt about greetings, always takes cues from the other person.

Women can wear whatever they want in Turkey, and there are no restrictions. You won't have to worry about covering yourself up as a woman for the most part. Still, it is essential to remember that specific neighborhoods, cities, or regions in Turkey may lead more conservative lifestyles than others and may call for more appropriate dressing.

Before entering religiously sacred places such as mosques, both sexes need to cover up modestly.

When on a minibus, giving your seat to elderly or pregnant women is also an unwritten rule. If you start to receive dirty looks from strangers on a bus, see if you can give up your seat.

Although Turks are exceptionally touchy people, warm and social, particularly in friend-to-friend situations, it is best to exercise caution when interacting with someone you don't know well or have met for the first time, especially if they are female. Avoid touching someone's lower back if you do not wish to convey the wrong message. Keep all touching strictly above the waist.

It is also inappropriate to make jokes about mothers or sisters, especially in a sexual context, in Turkey.

Public displays of affection are also not encouraged in Turkey, so it is best to keep the minimum.

Whoever Does the Inviting Typically Foots the Bill

Traditionally, etiquette says to split the bill equally amongst all parties if you are invited out to dine. However, it's lovely for everyone to pay for what they ate, drank, and then split anything shared in circles of friends. It's worth offering to kick in a few bucks, especially if you can afford to.

When it's a guy and a girl, it becomes slightly more complicated. If traditionally, the gentleman pays (unless the woman insists; in that case, split it). If you're out as friends, and it's clear to both of you there's nothing more than that, splitting the bill is OK, as is trading off who foots the tab.

In formal settings in Turkey, you would address a man as X Bey and a woman as X Hanım as a sign of respect. The same goes for e-mails, with a "Sayın" (dear) in front of it.

For people they do not know, Turks call men that are older than themselves "amca" (uncle, dad's brother), and sometimes you may hear them call them "dayı" (uncle, mom's brother). For women, however, it is exclusively "teyze" (aunt, mom's sister), never "hala" (aunt, dad's sister). For people that are not elderly and closer to you in age, Turks will call men "abi" (brother) and women "abla" (sister) in informal settings.

It is important to note that the Turkish language has a formal and informal form of address.

So, where English has only one "you" for all, whether singular, plural or formal, Turkish has "sen" and "siz." The first is the informal "you," or the "du" or "tu" equivalent in German and Spanish.

*You should only call people that you know well "sen" and solely in informal settings.

"Siz," on the other hand, is more like "Sie" and "Usted" in German and Spanish. It conveys politeness and respect and is used in formal settings, such as work. It also has a plural meaning.

At work, you will be expected to address your boss in the "siz" form and call them by their first name, followed by "Bey" for men and "Hanım" for women.

When calling out to a teacher, instead of calling them Professor X, you will hear Turks calling them either "hocam" during high school or university or "öğretmenim" (my teacher) at primary or secondary school.

Although recycling is a relatively new phenomenon in Turkey, you will have likely seen many particular bins with words such as "geri dönüşüm" on it scattered throughout cities to encourage more people to recycle.

Often, you will see separate bins for cam (glass), kağıt/karton (paper/cardboard), metal/alüminyum (aluminum), plastik (plastic). Do not throw these away in bins that say "evsel atık" (house/general waste).

You will be expected to discard recyclable materials in their cleanest state possible. However, there are no laws or fines if you do not.

Seeing a separate bin for old batteries is also quite common in Turkey. 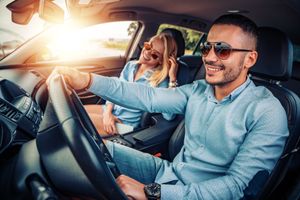 How To: Car Insurance in Turkey 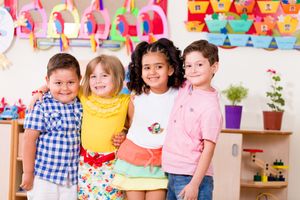