If you’re headed to Turkey, it’s a good idea to carry cash with you.

While credit cards may be accepted, most vendors and service providers still prefer paper to plastic money. Besides, Turkish card machines have a reputation for being temperamental, and they may reject your card for no apparent reason.

💡
Luckily, ATMs are extremely common, both in major tourist hotspots and in smaller towns.

Here’s what you need to know about using ATMs in Turkey.

Where do I find ATMs in Turkey?

Turkey’s three main banks have extensive ATM networks. The ATM locators for each bank are below:

Will my credit or debit card work?

Most Turkish ATMs accept MasterCard (Cirrus and Maestro) and Plus (Visa) cards. You can confirm whether your card belongs to one of these networks by asking your bank. ATMs display the logos of all cards they accept. You can also locate the closest one online, using MasterCard’s ATM locator or Visa’s ATM locator.

Turkish ATMs accept chip-and-pin cards and cards that only have a magnetic stripe on the back. However, they only accept four-digit PINs. If your PIN is longer, you’ll need to change before your trip. Keypads don’t have letters, so be sure to know your PIN numerically.

Some Turkish ATMs are known to timeout before the transaction is complete. Essentially, the connection drops before the ATM receives your bank’s instructions to dispense money. Because of this issue, it’s best to make withdrawals during bank opening hours.

Remember to tell your bank when you’ll be in Turkey. That way, your transactions won’t be flagged as suspicious and you won’t risk having your card blocked.

What are the fees on my card?

However, your home bank may charge a withdrawal fee and a foreign exchange fee per transaction.

Withdrawing in the local currency

ATMs that dispense multiple currencies (usually Turkish Lira, Euro and US Dollars) are quite common in Turkey. While this may seem very convenient, it’s an exchange rate rip-off.

Always withdraw in Turkish Lira. This ensures that you’ll get the mid-market rate. If you attempt to withdraw in another currency, the ATM will make up an inflated exchange rate using Dynamic Currency Conversion. This means you’ll be paying extra fees unnecessarily.

How do I avoid ATM fees?

You can avoid paying ATM fees (or at least keep them to a minimum) in a number of ways.

BNP Paribas, a member of the Global ATM Alliance, has a presence in Turkey via a partnership with Turkish Economy Bank (TEB). If you bank with an alliance member, you can use TEB’s ATMs in Turkey without paying a withdrawal fee.

Even if your home bank isn’t a member of the alliance, they might still have a partnership with a Turkish bank. Ask your bank about this, as a partnership may allow you to make ATM withdrawals for free or at a reduced cost.

If you already have a Turkish Lira account, use HSBC

HSBC is one of the largest banks in Turkey and has an extensive network of ATMs. If you’re an Advance or Premier customer, you can use HSBC ATMs worldwide without paying withdrawal fees if you're withdrawing from a bank account in that currency. Meaning, if you happened to already have a Turkish Lira bank account back home, you can use your card in Turkey and withdraw the local currency without a fee attached.

Not all cards carry the same fees. It’s worth checking your bank’s terms and conditions to see whether one of your cards is cheaper to use abroad. Debit cards often have lower fees than credit cards.

Credit card companies treat ATM withdrawals as loans. The transaction amount will carry interest, making your withdrawal more expensive. Only use a credit card at an ATM if you have no other option.

Some banks - such as Charles Schwab in the US and Metro Bank in the UK - don’t charge foreign ATM withdrawal and currency exchange fees. If you travel abroad a lot, getting one of these cards is worth considering.

Because ATM fees are charged per transaction, it’s often cheaper to make one large withdrawal than it is to make several small ones. Ask your bank what your daily limit for foreign withdrawals and make the most of it.

If you have a bank account in Turkey, or know someone who does, use TransferWise to make the transfer ahead of time and save even more. Not only does TransferWise use the real mid-market exchange rates to convert your money (which almost always beats the banks), but since your currency is received and sent via local banking systems in both your home country and in Turkey, all those nasty international fees magically disappear. Give it a try. 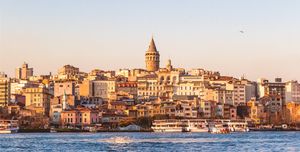 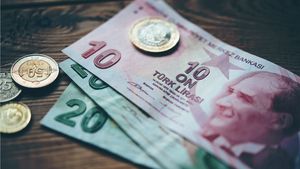