Why Are There So Many Cats In Istanbul?

If you travel to Istanbul, it's hard to ignore how many cats there are in the that city.

If you travel to Istanbul, there are many wonderful architectural features to attract your eye, however what might capture your heart is the cats. Everywhere you look, you’ll find cats. Cats hop onto people’s laps at restaurants, they roam the streets, they jump onto seats in packed bars. Everywhere you turn you’ll see a cat, seeking food or attention.

Street vendors and shop owners leave out food and drink for the cats, collective tip jars are used to pay for needed veterinary services for cats. Why are there so many cats in Istanbul? And why are they so beloved?

Well, there are several answers to that question.

To begin, we can look back to an order by a sultan to protect cats. Istanbul was once a trading hub, a central location, for much of the world. Cats would disembark from the ships and stay in the city. They roamed the streets, killing rats and mice and keeping bugs out of wooden homes. A sultan ordered their protection, and many say that today, people are still just following his directive.

However, there are other sources for the affection and care of cats in Istanbul. Istanbul is a predominantly Muslim city, and there are several stories about the Prophet Muhammad and cats that speak to their sacredness. One is that Muhammad ripped off the sleeve of his prayer shawl rather than wake his cat, Muezza, who was sleeping on the sleeve.

Another preeminent story is of the time that Muhammad was praying, and his friend’s cat killed a poisonous snake that was approaching Muhammad, therein protecting and saving his life. In response, Muhammad blessed the cat and gave cats the ability to always land on their feet.

Regardless of the veracity of these stories, cats are viewed as sacred within the Muslim world. There is a saying, “If you’ve killed a cat, you need to build a mosque to be forgiven by God.”

Beyond the religious reason for having so many cats in Istanbul, there’s also a practical reason: the city lacks a culture of spaying and neutering. The result is an ever-growing population of cats, with a short life span due to all the dangers associated with outdoor cat living.

People feed the cats outside, and some even take in the cats when they need to be medically tended to, help them heal, then return them to their outdoor lives.  It’s likely that the cats of Istanbul are collectively  very comfortable with people, because they’ve been in the city for thousands of years.

In 2016, a documentary Kedi, premiered at the Istanbul Independent Film Festival. Directed by Ceyda Torun, it tells the story of seven different cats throughout the city and the people who care for them. The documentary opened in New York in February 2017.

Whether you subscribe to the practical reasons for there being so many cats in Istanbul or the religious reasons, just make sure that you pet some of the cats when you go visit! 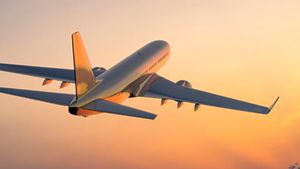 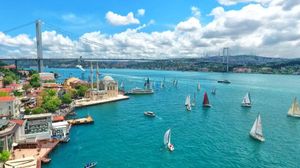