The Yalova Guide: Retirement, Cost of Living and Lifestyle

Yalova is a small northwestern coastal city with a population of just over 250,000 people. Typical of seaside towns, its population sees a boom in the summer when it attracts city crowds and tourists.

After being a district of Istanbul for years, it became its city in the 90s, steadily attracting rural populations from all over Turkey and nearby countries.

It is one of the most conservative-friendly cities in Turkey, and an ever-growing population of Arab and Iran settlers and tourists attest to that.

The city was also one of the favorite summer destinations of Atatürk, the Turkish Republic's founding father, and houses the Yürüyen Köşk (Walking Mansion), and Ottoman-Turkish mansion that moved a few meters to save a tree from being cut down.

Is Yalova the right fit for you? Let's see.

Rather than the place for working professionals or younger adults, Yalova is a great city to retire in. If you seek peace for the majority of the year but welcome a livelier summer, you will enjoy Yalova.

The city offers its inhabitants an array of opportunities to reconnect with nature with its beautiful green spaces and clean air, making it perfect for a life away from the concrete chaos of cities.

It is also one of the centers of thermal tourism in Turkey, and its hot springs are said to heal many ailments.

The winters can be cold to locals, but if you are used to northern European temperatures, it won't feel cold at all. However, the summers can get quite hot and humid.

It is also one of the more affordable cities in Turkey but has everything you will need for day-to-day living.

Although it is tranquil in the winter, Yalova livens up in the summer. There are plenty of beachside restaurants to dine in along the coast, and even small fairs are held throughout.

It is in a prime location close to Sakarya, another city famed for its natural habitat and tranquil atmosphere. When you fancy a change of scenery or pace, you can always head to Sapanca for a spa weekend, Uludağ for a ski trip, or to Istanbul to shop your heart out and go on a historical tour.

Generally, Turkish visitors only used as a stop-over point, yet this has been changing in the last decade.

Yalova has many nature-related activities to keep residents busy: mountains to hike, waterfalls to explore, green parks to have a picnic in, and long stretches of beaches to sunbathe on.

Cost of Living in Yalova

Even though burgeoning health and thermal tourism have driven up prices in recent years and Arab settlers have brought an element of luxury with them, Yalova remains more on the affordable end of the spectrum in Turkey.

When renting, you can find 3-bedroom apartments in the city center for as low as TL 1,800, which is less than half the Istanbul average, or TL 1,200 just outside the center. Expect to pay around two-thirds of those figures for a one-bedroom flat. Utilities on average range between TL 300-500.

A single ticket on public transport is around TL 3.50, and you have many options such as busses, sea busses, shared taxis, cable cars, and ferries.

You will likely need a bit more than the national minimum wage to not worry about living costs.

Yalova is a city of many shades of green and blue, offering its visitors sights of gorgeous landscapes and excellent camping sites. From the Delmece and Erikli Plateaus to the Sudüşen waterfall, you will never have a shortage of natural beauties to discover in the city.

Speaking of natural beauties, Yalova is also a great place to get into various adventures and extreme sports in nature – both on your own or with your family. From hiking, trekking, and biking to mountaineering and paragliding, you can engage in many sports activities in this city. By the beach, you can also try your hand at water sports.

If you have only heard of Pamukkale when it comes to thermal tourism in Turkey, think again. The hot springs in the Armutlu and Çınarcık districts of Yalova attract international crowds seeking benefits from the healing powers of these mineral-rich waters. The natural waters are exceptionally high in sulfur, which is said to help with skin diseases.

Istanbul, Turkey's largest metropolis, is just over an hour's drive away, and so is Bursa, the city of Iskender kebab and silk. It takes only an hour to reach lakeside haven Sapanca and about 2 hours to reach Bolu. Yalova is in a prime spot in the Marmara region.

Landscaping and floristry have been a growing sector in Yalova. The city boasts hundreds of potted and ornamental plants and flowers and is even home to various plant nurseries and the famed Yalova Karaca Arboretum.

Did you know that the city has a few beaches that are for families or women-only? It has made the region even more popular with women who have adopted the Islamic way of life or wish to wear whatever they like.

5 Things I Wish I’d Known before Moving to Yalova

It can get tranquil, lonely, and a bit boring in winter when most of the summer crowd leaves and everyone moves back to the big cities to work. If you enjoy large social gatherings or don't have a good network of friends, this should be something to keep in mind.

If you are used to sandy beaches and the warm, turquoise waters of the Mediterranean, the seas of Yalova may be very underwhelming for you. As it is a part of the Marmara Sea, you are likely to see many jellyfish in the waters, and most beaches are pretty stony. The seas also stay pretty calm throughout the year.

If you are used to high-speed broadband or fibernet from Istanbul, you will likely be disappointed when you come to Yalova. Even though companies may promise you super-fast internet, the speed and coverage you get may be less than ideal due to the inadequate infrastructure.

You may already know that Turkey as a whole, but especially around Istanbul and Izmit, are active earthquake zones. And although the locals are used to regular jolts, these may catch you off guard if you have never experienced an earthquake.

Yalova's social and cultural landscape has drastically changed over the last 2 decades. It has attracted many immigrants from Iran and Saudi Arabia, which has contributed to it being deemed a conservative-friendly city. 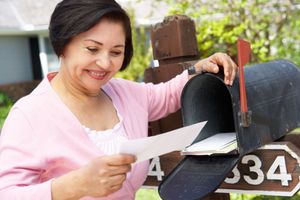 How to Find or Write a Turkish Address

How to File a Complaint in Turkey as a Foreigner 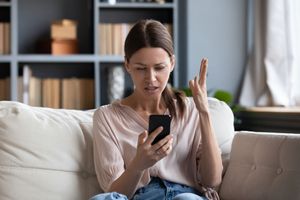