The 10 Best Museums in Turkey

Although there are countless museums to explore in Turkey, here are 10 of the most amazing and unique places to see on your next visit.

If you have to choose one museum to learn more about Turkish history and the reforms Turkey went through over the last century, Anıtkabir in Ankara must be on your list. Apart from being the final resting place of the founding father of the Republic of Turkey, serving as its first president from 1923 until he died in 1938 and Turkey's first prime minister and the second president of the Republic of Turkey, İsmet İnönü, passed away on December 25, 1973. This mausoleum contains murals and art galleries and the Atatürk Museum, which showcases his items, medals, wardrobe, and gifts presented to him on display in this museum. Changing of the guards is a must-watch ceremony in the Ceremonial Plaza at the end of the Road of Lions.

The entrance is free.

Once the administrative center of the Ottoman Empire, this imperial palace was built on the first of 7 hills of Istanbul. It served as the center of arts and education for over 400 years.

The most visited section of the museum is the Imperial Harem (Harem-i Hümayun), where Ottoman sultans lived with their families. The Court of the Queen Mother, the Hall with Fireplace, and the Hall with a Fountain attract thousands of visitors. There are countless weapons, Chinese, Japanese and European porcelains, copper- and gold-plates kitchen utensils, royal jewelry and imperial treasury, and much more among the objects on display.

Inscribed onto the UNESCO World Heritage List in 1985, this church-turned-mosque is one of the oldest holy shrines in the world. Built by Byzantine emperor Justinian I and later converted to a mosque during the conquest of Istanbul, the landmark is one of the most fabulous architectural creations. It contains Byzantine mosaics and Ottoman calligraphy and is one of the many museums located within the historic areas of Istanbul.

This museum commemorates the teachings of the Persian poet, scholar, and Sufi mystic Mevlana Celaleddin Rumi. The original copy of his Mesnevi (Masnavi), considered one of the greatest poems in Persian language, Mevlana's cape and other clothing items, a casket containing strands of Prophet Muhammad's beard, a 9th-century Christian manuscript, and a tiny copy of the Quran are also on display. The museum, is hence, also considered a pilgrimage site.

Surrounded by a garden, Rumi's mausoleum lies to the left of the complex, and it is the largest, flanked by his son Sultan Veled and those of 4 other respected dervishes. The museum is also the Selimiye Cami, which is known for its intricate turquoise tiling.

The entrance is accessible to the museum. However, it would be best to don shoe coverings (provided at the door) as a sign of respect.

Among the many historical works on display at the Istanbul Archaeological Museum, the Alexander sarcophagus and the Kadesh Treaty, the first known international peace treaty in history, are probably the most famed pieces. This museum is divided into three separate sub-museums: the Archaeology Museum, the Old Oriental Works Museum, and the Tiled Kiosk Museum.

It is one of the world's largest and magnificent mosaic museums, showcasing Roman and late Antiquity frescoes, fountains, columns, and limestone sculptures, among many others.

What made this museum famous was the famed Gypsy Girl mosaic. However, the museum contains many other displays of mosaics that are exquisite creations excavated from nearby areas. The most famous depictions are Demeter, Akratos, Oceanos - Tethys, Perseus – Andromeda, Helios, and Dionysos.

This outdoor museum is one of the top attractions in the region, containing the remains of many churches carved into Cappadocia's famous fairy chimneys. Apart from this mesmerizing geological phenomenon, you can also see frescoes and artwork from the 4th to the 19th century in some rock churches. Guides recommend you allocate at least 2 hours and wear comfortable shoes.

The entrance is TL 100. The Dark Church is extra if you do not have a museum card.

It was once the humble home of famed Turkish superstar Zeki Müren before being converted into a museum. Müren used to sing classical Turkish songs but was most famous for his on-stage persona and costumes, which he created. He is often described as a cross between Liberace and Elton John, blurring lines between genders. The museum displays his personal belongings, photos, awards, costumes, clothes, and car.

The 2004 film starring Brad Pitt and Orlando Bloom, featuring the infamous wooden Trojan horse located in the city center, made the area famous. The museum, meanwhile, is located a little further away, close to the archaeological site of Troy. It would be best if you visited this well-laid-out museum before you visited the Trojan ruins.

From hand-made gold ornaments, earrings, and crowns to reconstructions of the city and the seal of Troy, this museum will take you on a journey through history.

You should check this museum out in Istanbul if you want to know how toys have transformed and diversified since the 1700s. It was founded in 2005 by Turkish poet Sunay Akın, who collected and bought various pieces from auctions and antique shops in 40 countries over 20 years. The European Union of Toy and Children's Museums also honored the Istanbul Toy Museum as a pioneer in the field. They gave Istanbul the title "the capital of toy museums" in 2012.

Having mentioned toys, if you prefer more giant toys, you should visit the Rahmi Koç Museum, which offers its visitors a journey through time with a nostalgic train tour, submarine ride, carousel, and fairground. Several aircraft and an exquisite selection of classic cars are the most popular displays. 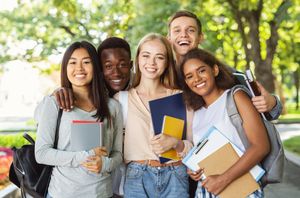 The Best Turkish Snack Foods You Have to Try 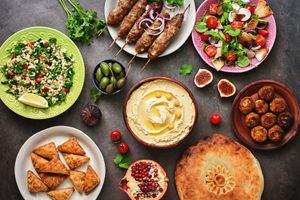