Independent work permit may be given by the Ministry to the foreigners, who will work independently, on conditions that they have resided in Turkey legally and uninterruptedly for at least five years and their working shall have a positive effect on employment and economic development

While evaluating the effects on employment, related authorities’ opinions are considered too. The fact that the foreigner has fulfilled the condition, of having had a legal und uninterrupted residence for at least five years, shall be evidenced by the certificate to be obtained from the police authorities. This certificate shall be presented to the Ministry along with the other documents during the application for independent work permit.

The residence permit periods of foreigners, who have been given the independent work permit, shall be determined by the Ministry of Internal Affairs in accordance with the regulations related to the foreigners’ residence and voyages in Turkey.

In case the police authorities do not extend the periods of residence permits granted based on any independent work permit, the Ministry shall be advised.

The foreigner may be granted the independent work permit, after having established his/her worksite, in case the latter submits his/her trade register record to the Ministry.

How to Apply for Work Permit in Turkey 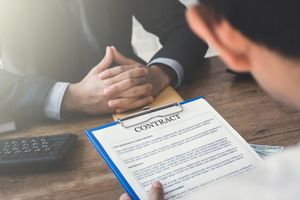