The standard healthcare in turkey varies depending on your location and whether you are using the public or private system. While cheaper than most of its European counterparts, the quality of public healthcare in turkey isn’t as high. However, turkey is fast becoming known for its growth in cosmetic surgery, dentistry, and fertility treatment. In terms of shared healthcare programs, EU citizens are yet to enjoy the same reciprocal agreements in turkey that member states have across the continent.

Turkish is the primary language spoken by medical staff at public hospitals and clinics, while expats are more likely to find bilingual English-speaking professionals in privately-run establishments.

The Turkish public health system is not well equipped, suffering from a lack of funding and overcapacity, but services are subsidized, providing prescriptions, hospitalization, pregnancy, rehabilitation, and specialist treatments.

Payment is made either out of pocket or through compulsory contributions to the social insurance organisation for health. The amount is usually deducted by employers from your income at the end of every month.

Expats will only be eligible for these services if they’ve been a turkey resident and contributed to the fund for two years.

Expats in turkey tend to seek treatment at private hospitals to access superior facilities and well-trained staff who are more likely to speak English. While more expensive than public healthcare, it remains quite affordable. Using private healthcare, expats also skip the long queues so often prevalent in state-run institutions.

Pharmacies are called eczane in Turkish and are found all over the country. Major cities such as Istanbul and Ankara usually have a good number of 24-hour pharmacies, but in general pharmacy, hours can vary. Pharmacists in Turkey are knowledgeable and can diagnose illnesses, provide over-the-counter medication, and recommend a doctor if they feel required.

Regulations around buying certain medications are more relaxed than some of turkey’s western counterparts, with some drugs that would typically need a prescription being available over the counter.

Travelers should avoid drinking tap water and opt instead for bottled or boiled water. Using purification tablets or a filter is also recommended. Drinking from rivers or lakes is extremely dangerous, potentially resulting in vomiting or diarrhea.

Malaria is prevalent in turkey, especially in the south eastern province of Mardin, from may through to October. Because of the warm climate, both heat exhaustion and heat stroke are serious concerns.

Additionally, a rabies shot is recommended as turkey has some of the highest rabies cases in Europe. Routine vaccinations should be completed, including measles, mumps, rubella, diphtheria, tetanus, chickenpox, polio, and a yearly flu shot.

Other suggested vaccines include ones for hepatitis a and typhoid.

In an emergency, expats in turkey should dial 112 to speak to an operator that can put them through to the relevant service. However, there is no guarantee that the operator will speak English.

Ambulances in turkey are modern and fully-equipped to deal with multiple scenarios, boasting some of the health sector’s newest technology. The ambulance's speed and response will depend on whether a state or private institution provides the service. The latter tends to be faster and better equipped. 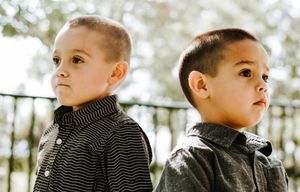 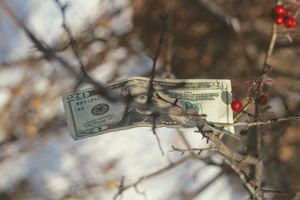