A Complete Guide to Turkish Cuisine

When one talks about Turkish cuisine, not many know how vast and varied it is, especially when you start to get into regional delicacies.

This means you will see a lot of fish dishes, plenty of olive oil, as well as a lot of meat dishes seasoned with spices such as cumin, sumac, and the famed black-hued pepper flakes "isot".

From Iskender kebab and İnegöl köfte to yaprak ciğer (thinly-sliced sauteed liver) and kestane şekeri (candied chestnut), the Marmara region has a variety of specialty dishes.

Meanwhile, the Aegean region is not as meat-heavy and hence is perfect for vegetarians as it has many vegetable dishes and mezes. Good quality virgin olive oil and salad greens will always be a part of dinner tables here.

The south is similar, but the closer you get to the east, the more meaty and spicy dishes you will see. Piyaz (white bean salad) with tahini, a specialty of Antalya, and Adana kebab are some of the Mediterranean region's most famous dishes.

Central Anatolia is the grain silo of the country; hence you will see a lot of doughs or pastries combined with meats. Konya’s etli ekmek or mantı are classic delicacies.

Hamsi (anchovies), corn, and cabbage are staples of Black Sea cuisine. This region also likes to incorporate butter and cheese into its dishes.

The very east may not be as rich as the southeast, but delicacies such as cağ kebabı from Erzurum or Kars gruyere cheese will often be enough to change your mind.

Down further south, you will see that most dishes Turkey is famed for come from this region. This region never shies away from spice. Alinazik kebab and içli köfte are world-renowned delicacies.

Just as it is wrong to put Turkish cuisine into a single category, the Turkish diet will change depending on where you are in the country.

However, in Europe, when one mentions the Turkish diet, the first things that come to mind are the olive oil and fish-rich classic Mediterranean diet with a variety of kebabs and more traditional meat dishes and street foods.

Breakfast is crucial for Turks, and they will always have a combination of cheeses, eggs, olives, tomatoes, or pastries. For lunch, Turks will often have salad, soup, or rice/bulgur. Dinner will either be similar to lunch or be centered around stews (sulu yemek), kebabs, or grilled fish.

Turks like to create/make meals or specific dishes for special occasions, whether for weddings, religious festivals, or mourning.

Such foods are specially made or baked for guests or the household and express the meaning of the special days on which they are eaten.

Famous Desserts and Sweets in Turkey

If you are into Turkish TV and know Turkish, cooking shows on TV will be an excellent place to learn the intricacies of Turkish dishes. Pelin Karahan'la Nefis Tarifler, Arda'nın Mutfağı, Memet Özer ile Mutfakta are great choices.

There are also countless blogs and Youtube accounts to follow, such as Turkish Food Travel, Pantryfun.com, or chef Danilo Zanna. 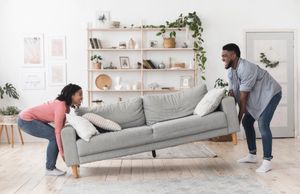 Moving to Turkey: The Ultimate Checklist

A Brief Introduction to Turkey 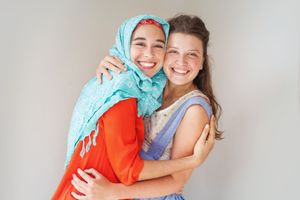