A Brief Introduction to Turkey

If you plan to move to Turkey or have recently relocated, let this brief overview help answer some questions you may have about life in Turkey.

The most significant advantage of living in Turkey is the cost of living and what you get in return. Compared to the U.S. and Europe, in particular, you get more value for your money.

The cost of housing, transportation, food, and daily expenses are also very reasonable, for the most part.

When it comes to healthcare, Turkey offers some of the most high-quality services.

Most medical procedures and bookings are digitized, meaning you won't have to deal with old-fashioned paperwork or phone calls most of the time. You can also choose your doctors, change your GP when you want, and even go private at various price points.

For education matters, if you live in the biggest cities of Turkey, your children will be able to attend some of the best international schools in the country.

Turkey also provides countless opportunities for a rich social life with numerous activities to do and events to attend throughout the year, even if you have to travel a bit, which is not bad considering all the unique places you could visit.

As evident from its rich traditions, customs, and foods, Turkey is a true amalgamation of diverse people and cultures. Turkish culture carries traces from multiple ethnicities and religions from the Eastern Mediterranean and Central Asia to Middle Eastern and Caucasian influences.

Principles such as hospitality, community, nationalism, and honor are the core values of Turkish culture. Turkey also blends tradition with modernism and religion with secularism. Hence, do not expect all Turks to follow conservative lifestyles.

The country and its people place great importance on and unite around its flag, independence, and founder, Atatürk. Respect for the elderly, as proper for many Asian cultures, is also crucial.

In their daily lives, Turks are generous, social, and fatalists. The elderly spend most of their time with their neighbors drinking tea or at village teahouses playing backgammon and chatting. For the youth, it would not be wrong to say it is like that of Europe.

Instead of the weather, people, relatives, and daily news make up small talk for Turks. Politics also used to be a part of this discussion, but in recent years, society has become more divided, and hence a lot of people avoid these conversations now.

Living and Working in Turkey

If you want to relocate and live in Turkey, a job is one of the first things you need to secure.

And as a foreign national, you will be happy to know that you can work in Turkey, provided you have a work visa and work permit.

Most foreigners tend to work in the travel and tourism industry where language skills are crucial; however, more and more foreigners are also working in jobs of more technical nature, such as teaching and engineering.

Apart from some jobs such as nursing, pharmaceuticals, or attorneyship, you can work in many occupations.

One of the best things about living in Turkey is that you will meet people from different ethnic backgrounds and nationalities daily. About 70% of the country is made up of Turks, close to 20% of Kurds, and multiple groups.

Whether it's British or Dutch expats who settled in Turkey decades ago, Russian or Iranian investors, or Syrian business people, the variety of people and social profiles will always be an exciting topic of conversation.

When it comes to ethnicity, you will also notice Armenian influences in the east, Kurdish culture in the southeast, and Balkan traditions in the northwest.

Currently headed by President Recep Tayyip Erdoğan, who has been in office since 2014, Turkey is a unitary government and multi-party democracy.

Officially formed on October 29, 1923 (which is celebrated as Republic Day every year), the Turkish government was established by the Constitution of the Republic of Turkey.

The seat of government is in Ankara, and the government has 3 branches: legislative, executive, and judicial.

Legislative power is vested in Parliament and its 600 members. They meet at the Grand National Assembly of Turkey in Ankara.

Executive power is vested in the president and delegated to members of the Cabinet, the central administrative organ. There are 17 ministries within the government. The headquarters is the Presidential Complex in Ankara.

Judicial power is vested in the Supreme Court. The judiciary is made up of the Constitutional Court (Anayasa Mahkemesi), the Council of State (Danıştay), the Court of Cassation (Yargıtay) and the Court of Accounts (Sayıştay).

Before it became the modern Turkish Republic in 1923 and was founded by Mustafa Kemal Atatürk, the country was a part of the Ottoman Empire.

When one talks of the Ottomans and royalty, the Osmanoğlu family should come to mind. The members of this family constituted the Ottoman dynasty which ruled the empire from 1299 until 1923.

36 sultans ruled over the empire, the last of which was Sultan Mehmed VI. He and the Imperial Family were forced into exile after the caliphate was abolished in 1924. The descendants mostly live in countries throughout the Middle East, Europe, and the United States, but some live in Turkey.

They adopted the Osmanoğlu surname during their exile. 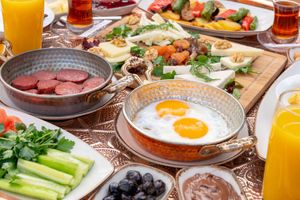 A Complete Guide to Turkish Cuisine 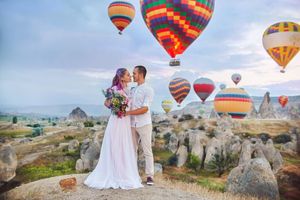