What Are the Most Conservative-Friendly Areas in Turkey?

What are the most conservative-friendly areas in Turkey?

When one mentions Turkey, oft-times most people start listing coastal areas and the three biggest metropolises. Although these areas are more in line with western-style living and favored mostly by European visitors, Turkey is also home to many more family-friendly, conservative sites catering to the religious, Middle Eastern, and Asian tourists and expats. And that is precisely where Turkey’s beauty lies; it’s the land of diversity and tolerance, a mix of both the west and the east.

It all depends on what you are looking for when you say “conservative.” If you want to observe Turkish Muslim lives or connect with a religious community, you should be following the minarets. If the city is home to more religious complexes, it is safe to say you’ll find it more suited to your way of living.

However, suppose you want an area that still preserves its religious values while also having a multicultural atmosphere. In that case, you may benefit from visiting the southeast or cosmopolitan metropolises where you can find people from all walks of life.

A lot of Turkish cities might offer you the degree of conservativeness you are searching for by comparison. For example, Kocaeli will be more conservative and reflect a more traditional lifestyle than Istanbul.

Overall, the more inland and east you go, the more conservative or traditional the cities and their people will be.

Just because someone is from a city known for being more conservative does not mean they will fit that profile; the same is true for coastal areas, which are generally deemed more liberal. You can find more conservative regions of more modern and liberal cities too.

The most straightforward example to give is Istanbul. Istanbul’s Fatih district on the European side and its Ümraniye district on the Anatolian side are known for being home to more religious and conservative communities, as evident from the number of worship places in these locations. Sultanbeyli and Eyüp are also good options if you are on the hunt for a more conservative spot.

In the capital Ankara, Çankaya and Yenimahalle are more liberal-leaning. Still, neighborhoods and districts such as Keçiören, Gaziosmanpaşa, and Sincan will be good choices for people wanting family-friendly, religious communities.

Konya, Konya is, by popular vote, Turkey’s most conservative and religious city. It owes its reputation to be Islam’s citadel, the center of Sufism, and Mevlana Jalaluddin Rumi’s final home. It is also known as the city of sema (whirling dervishes), which draws in many mysticists and spiritualists.

The Mevlana Shrine, Selimiye Masjid, and Aziziye Mosque are just a few of the attractions frequented by visitors.

In Konya, you are likely to see restaurants closed during the Islamic holy month of Ramadan or at least during fasting hours. Suppose you eat in the street or the open, in front of practicing Muslims during these fasting hours, there could be a stern warning.

The nearby cities of Kırşehir, Karaman, Çorum, and Yozgat are also some of Turkey’s most conservative places.

Bursa, Bursa in northwestern Turkey is perhaps the second city that comes to mind when one speaks of more conservative-friendly towns in Turkey.

The degree of conservativeness changes from area to area, though, while Emirsultan is certainly stricter when it comes to religion, the Nilüfer district and regions near the famed skiing resorts of Uludağ are more modern and secular.

The Great Mosque (Ulu Camii) or the Green Mosque (Yeşil Camii) is the most iconic place. The Museum of Turkish and Islamic Art is sure to satisfy history or art buffs.

Many certified Muslim-friendly facilities also make it one of the top destinations for halal holidays, not to mention the city’s famous silk scarves for the perfect headpiece.

Sivas, the second-largest province by area after Konya and one of the oldest settlement areas in central Anatolia is also a famously conservative city with the Divriği Great Mosque, its Kangal dogs, and Hobbit houses its main attractions.

Kayseri, the city of merchants and Turkish dumplings (mantı) offers visitors many attractions such as old Turkish baths, mosques, and tombs. The city is also renowned for its halal meat dishes, which most famously includes “pastırma” (dried cured spicy beef).

The following southeastern destinations are historically known for their vibrant, multi-ethnic and multicultural societies, making them the perfect place to visit or live in if you are seeking a more conservative experience.

Mardin, Sitting across the Syrian border, Mardin is famous for its ancient cities, sandy cityscape, and stone houses. The city has been deemed a right center of tolerance for centuries, evident from the church bells ringing in the background while calls to prayer ring from mosques across the city.

Şanlıurfa, Diyarbakır and Gaziantep, like Mardin, it carries many Turkish, Arabic, Kurdish, and Syrian influences. Şanlıurfa is known by many for being where King Nimrud threw Abraham into the fire; Gaziantep is Turkey’s gastronomy capital, and baklava land Diyarbakır is the land of prophets and watermelons.

Most Turkish people would agree that Black Sea cities are more conservative, and their people lead more traditional, old-fashioned lives than, say, the south or west.

Trabzon, Among all Black Sea provinces, Trabzon is perhaps the most conservative. Indeed, the further east you go, the more religious the cities will get in this region.

One of the main attractions is the Hagia Sophia (not to be confused with its namesake in Istanbul), a former Greek orthodox church-turned-mosque, the Trabzon Castle, and the Sümela Monastery.

In the very east, cities such as Van and Erzurum could also be perfect conservative locations.

Situated near Iran and Armenia, Van is famous for its soda lake, majestic Van cats, and historical past. Meanwhile, Erzurum draws in conservative visitors with attractions such as the city’s first Ottoman-era mosque Lala Pasha Mosque, its delicious cağ kebab, and mystical oltu stones. 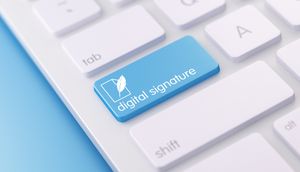 E-Devlet: How to Join Turkey’s E-government Service Portal as a Foreigner 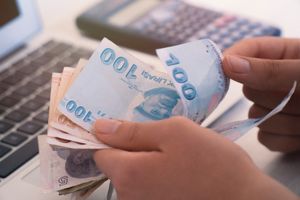