Built by the Eastern Roman emperor Justinian I as the Christian cathedral of Constantinople between 532 and 537, Hagia Sophia was the world's largest interior space and the first religious complex to employ a full pendentive dome. It is considered the epitome of Byzantine architecture and is said to have "changed the history of architecture.”

It remained the world's largest cathedral for nearly a thousand years until Seville Cathedral was constructed in 1520. Hagia Sophia has been described as "holding a unique position in the Christian world," an architectural and cultural icon of Byzantine and Eastern Orthodox civilization.

Following the Ottoman Empire's conquest of Istanbul in 1453, Mehmed the Conqueror converted to a mosque. The complex remained a mosque until 1931 when it was closed to the public for four years. It was re-opened in 1935, as a museum by the secular Republic of Turkey. According to data released by the Ministry of Culture and Tourism, Hagia Sophia was Turkey's most visited tourist attraction in 2015 and 2019.

2-The Ecumenical Patriarchate of Constantinople

The Ecumenical Patriarchate of Constantinople is one of the sixteen churches that together compose the Eastern Orthodox Church.

Because of its historical location as the capital of the former Eastern Roman (Byzantine) Empire and its role as the mother church of most modern Orthodox churches, Constantinople holds a special place of honor within Orthodoxy. It serves as the seat for the Ecumenical Patriarch, the representative and spiritual leader of Orthodox Christians.

After the rulership of Istanbul passed to the Ottomans, Sultan II, Mehmet issued a decree regarding the lives of the non-Muslim residents of the city, which granted permanency to the existence of the Ecumenical Patriarchate.

Although the patriarchate's foundation goes back as early as the 3rd century AD, the location of it changed multiple times, and it was not until 1602 that it moved to its current location in the district of Fener.

Today, this religious complex is located in Istanbul's colorful district of Fener. The visiting hours are from 9 am to 5 pm every day. Note that it is closed to visitors between 9 am-12 pm due to Sunday mass on Sundays.

Hagia Irene (or Hagia Eirene) is an Eastern Orthodox church located in the outer courtyard of Topkapı Palace in Istanbul. It is one of the few churches in Istanbul that has not been converted into a mosque, as it was used as an arsenal for storing weapons until the 19th century. The Hagia Irene today operates as a museum and concert hall.

Hagia Irene is the largest Church among the Christian religious complexes that were not converted into a mosque following the Ottoman rule in Istanbul. The Church was built in the first half of the 4th century by Emperor I. Constantine (Constantine the Great), the first Roman emperor who converted to Christianity. He is also known as being the founder of the Eastern Roman (Byzantine) Empire and the city of Constantinople (the archaic name for Istanbul).

The historical sources suggest that the Church was built by the fragments that had remained from the pagan temples of Artemis, Aphrodite, and Apollon.

Moreover, Hagia Irene is known for being the spot where Turkish museology commenced. During the reign of III. Ahmet (1703-1730), many military equipment and antiques acquired from various parts of the Ottoman Empire were displayed in Hagia Irene.

Except for Tuesdays, Hagia Irene can be visited every day from 9 am to 6 pm. Note that Museum Pass is not valid here. The ticket fee is 36 ₺ per person.

Hagia Triada is a Greek Orthodox church near Taksim Square. The building was erected in 1880 and is considered the largest Greek Orthodox Church in Istanbul today. It is still in use by the Greek community of Istanbul.

The property where the Church stands used to be the site of a Greek Orthodox cemetery and hospital. This was demolished to build the Church. Its construction, based on the Ottoman Greek architect P. Kampanaki, began on 13 August 1876 and was completed on 14 September 1880. The Church is built in neo-baroque style with elements of a basilica and the unusual features of twin bell towers, a large dome, and a neo-gothic facade. The Hagia Triada was the first domed Christian Church that was allowed to be built in Istanbul after the Ottoman conquest in 1453.

The paintings and decorations of the Church's interior are the work of painter Sakellarios Megaklis, while sculptor Alexandros Krikelis created the marble works and designs.

The Hagia Triada Church was damaged and set on fire during the Istanbul Pogrom of 6–7 September 1955 by an organized mob attack directed primarily towards Istanbul's Greek minority. During the unrest, the Church was wrecked and pillaged but withstood an attempted arson attack by the rioters. A mob of vandals arrived at the Church and started the fire by dumping kerosene onto the Church and lighting it with burning sticks.

Surrounding buildings of the Hagia Triada still left black from the arson attack in 1955. The priests of the Church refused to clean the surface so that the memory of the Istanbul Pogrom would be remembered.

San Stefan Bulgarian Church, also known as the Bulgarian Iron Church, is a religious complex constructed in 1898 on top of an old wooden Bulgarian church that burned down in a fire.

The story of the construction of this Church involves an amalgamation of different cultures. The Church architect was Hovsep Aznavur, an Ottoman-Armenian citizen; the construction manager was an Austrian-German businessman named Rudolf von Vagner. The six bells of the Church were made in the Russian city of Yaroslava.

This unique Church is located in the district of Balat. The Church is open for visitors every day from 9 am to 5 pm. The entrance is free of charge.

Located on the Istiklal Street side, the busiest pedestrian street of the city, St. Anthony of Padua Church (alternatively known as the Sant'Antonio di Padova Church) is the largest Roman Catholic Church in Istanbul.

The original St. Anthony of Padua Church was built in 1725 by the local Italian community of Istanbul. Still, he was later demolished and replaced with the current building constructed in the same location.

Pope John XXIII (who served as the Pope between 1958-1963) preached in this Church for ten years, when he was the Vatican's ambassador to Turkey before being elected as Pope. He is known in Turkey with the nickname "The Turkish Pope" because of his fluent Turkish and his often-expressed love for Turkey and the city of Istanbul.

The Church can be visited every day from 9 am to 7 pm, and the entrance is free of charge.

7-Church of the Holy Saviour in Chora (The Kariye Church)

The Kariye Mosque or the Church of the Holy Saviour in Chora is a medieval Greek Orthodox Church.

The Church of the Holy Saviour in Chora was built in the style of Byzantine architecture. In the 16th century, during the Ottoman era, the Christian Church was converted into a mosque. It became a museum in 1945 but was turned back into a mosque in 2020. The building's interior is covered with some of the oldest and finest surviving Byzantine Christian mosaics and frescoes; they were uncovered and restored after the building was secularized and turned into a museum.

The Chora Museum is renowned worldwide for its well-preserved mosaics and frescoes. It presents essential and beautiful examples of East Roman painting in its last period. The idea of depth in mosaics and the moving style in figures are of outstanding artistic significance in the Middle Ages, foretelling the Renaissance period.

The name "Kariye" originated from the ancient Greek word "Khora, "which means the countryside and changed into a Turkish word because the old Church and monastery remained outside the walls of Constantinople. Chora Museum was built during the reign of Emperor Iustinianos in the 5th century. Some repairs and additions have changed the original plan considerably, but today's building is from the 14th century. 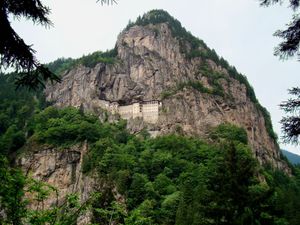 How to Connect Utilities in Turkey: A Guide for Foreigners 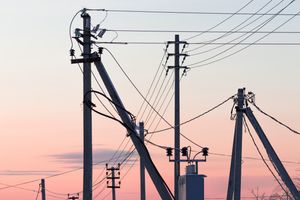