The Mardin Guide: Retirement, Cost of Living and Lifestyle

Mardin is an authentic city that watches over the fertile Mesopotamian plain in southeastern Turkey. Known as the city of languages, religion, and diversity. There is a multicultural fabric throughout the city which has formed the foundation of its cuisine, architecture, and character.

Along with Venice and Jerusalem, it is one of the three cities where UNESCO protects all its historical buildings.

The city has embraced various civilizations for over 12,000 years, having been an essential stopover on the historical Silk Road and hosting people from different religions and sects, ethnic groups, and cultural backgrounds.

It is also one of the most conservative-friendly cities in Turkey.

Is Mardin the right fit for you? Let’s see.

Mardin could be an excellent option for retirement if you search for peace, enjoy conversing with people from all walks of life and different cultures, and are fascinated by religion, history, and architecture.

Those who seek to retire in Mardin have to be comfortable living in small towns or cities and not pursue the hustle and bustle of metropolises. Mardin reserved for those who want to reconnect with their spiritual side and get lost in history, whiling away the day chatting with locals, observing architecture, and trying new foods. No city stress and a quiet, close-knit community are its biggest pluses.

It is one of the most affordable cities to live in Turkey, and as there are limited job opportunities, it is more often preferred by retirees or travelers.

Turks, Syrians, Kurds, Syriacs, and smaller populations of Armenians, Yazidis, and Jews have called Mardin their home for centuries, so you’ll never have a shortage of interesting stories to hear from the locals. With an emphasis on good neighborly relations and religious tolerance to all faiths, expect to find yourself in a community that thrives in sharing.

You will have an ample selection of local delicacies to try - from Syriac wine and roasted chickpeas to various meat dishes. People from across Turkey and the border from Syria are known to make daily trips here just for these. You can also find some of the cheapest yet highest quality silver if you are into jewelry.

Likened to Belgium’s Ghent for its authenticity, Mardin is immensely loyal to its customs and traditions, so you will appreciate it more if you are into Mesopotamian and Middle Eastern culture.

Cost of Living in Mardin

Mardin is, without a doubt, one of the most affordable cities in Turkey, with rent ranging between TL 500 and 1,000. You can find 3-bedroom apartments for as low as TL 750, which is impossible in the country’s west.

You will be able to find delicious meals at restaurants for budget-friendly prices, and your utilities will often be less than TL 300.

A single fare on public transport is mainly under TL 3, and you can get a monthly pass for as cheap as TL 50. However, try to avoid taxis as they can be a bit expensive.

It is one of the few cities in Turkey where you could get by on minimum wage and not worry about living costs.

Loyalty to the past and respect for the future is Mardin’s motto. From its many museums that showcase remnants of its Hittite and Seljuk past to its famed bazaars that preserve traditions such as coppersmith forging and the art of telkari, Mardin will help you travel back in time. The ancient city of Dara and the madrasas of Zinciriye and Kasımiye should be on your “to visit” list.

The southeast of Turkey is famed for its friendly, kind, and helpful people, and hospitality is a core value. If you happen to stroll into a shop for directions, you will meet people eager to help. If you need a place to stay, a local is very likely to open their home to you and offer you a place to stay.

Whether you are Christian, Muslim, or Jew, you will be accepted by the people of Mardin, regardless of your beliefs and world views. As evident from the Deyrulzafaran and Mor Gabriel monasteries, the Great Mosque of Mardin, and Kırklar Church, everyone is encouraged to practice their religion without interruption or enmity Mardin.

If it is mouthwatering tastes and unique foods you seek, Mardin will not disappoint you. If you have a special liking toward Arabic or Syrian cuisine, in particular, you’ll be surprised to find Turkish-influenced versions of kibbeh, sambousek, and more. And, a special shoutout to spices – from mahaleb and sumac to cilantro and isot (hot pepper flakes), the bazaars abound with flavors of the world.

5 Things I Wish I’d Known before Moving to Mardin

If you live outside of the Old Town, you will need a car to get around. Having your vehicle also comes in handy when you want to travel to nearby cities. However, you will not need nor will you be able to use a car in Old Mardin. The streets are far too narrow for a car, and besides, you can walk everywhere. You’ll also get plenty of exercise going up and down stairs all the time.

Owing to being a smaller city that has managed to remain intact over the years, Mardin has an interconnected community. Living in smaller towns and cities means you’ll practically know everyone in a short period, though this could mean that everybody will be up in your business and secrets won’t stay so for long.

When you go to shops or restaurants in Mardin, it is best to bring cash with you as some establishments will not accept credit cards. Carrying small changes with you is also a good idea.

Mardin has managed to preserve its texture because it has remained relatively underdeveloped. There are very few job opportunities, and most of them revolve around agriculture, handcrafts, and tradesman ship.

As Mardin’s climate is a mix between Mediterranean and continental, you should expect sweltering and dry summers and cold and rainy winters. It often feels as if you are holding a hairdryer to your legs in the summer, and although in winter Mardin houses and the landscape look magical, the ground becomes very slippery. 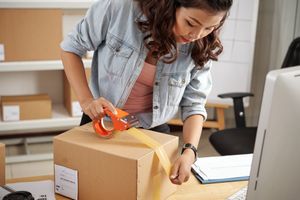 How to Calculate Import Duties and Taxes to Turkey

The Ankara Guide: Retirement, Cost of Living and Lifestyle 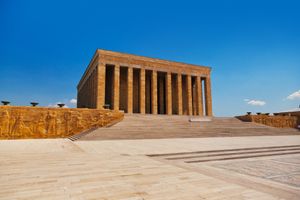