Private Education in Turkey and Homeschooling for Foreign Children

Private Education in Turkey and Homeschooling for Foreign Children

Education has the power to shape lives, so choosing the right school is even more crucial when you are living in a foreign country.

As a rule of thumb, the best performing schools in Turkey are private ones, an established public or community schools such as Galatasaray High School (the oldest in Turkey), Kabataş (Boys') High School (though no longer a single-sex educational institution), Kadıköy Anadolu Lisesi and Izmir Science High Schools.

Istanbul International School was established to meet the educational needs of foreigners living in Istanbul with a need for English medium education.

Private schools in Turkey will have the latest equipment, such as Mac computer labs, 3D printers, electronic whiteboards, and more facilities for extracurricular activities such as tennis, swimming, basketball, and volleyball.

Some will offer lessons in a bilingual format, a big plus if you want to bring up a multilingual child. This is most commonly seen in foreign language classes where a Turkish teacher instructs the course on all theoretical material. In contrast, a native speaker of the language leads to the practical side of things and plays a crucial role in developing students' listening and speaking skills.

This is a dilemma many parents and children have when choosing an institution. It all depends on your plans and ambitions.

If you are happy with your life in Turkey and plan on staying here for many years to come, going to a private Turkish school would be the best option as your child would be learning the Turkish language and culture to ready them for a new life here. These schools also offer a range of education options, with Turkish as the primary language complemented by immersive foreign language classes or complete bilingual education with either in-class translators or native speaking teachers for lessons that alternate daily.

When it comes to foreign-owned or foreign-established schools, French, German, or Italian high schools such as St. Joseph's, Saint Benoit's, or Galileo Galilei are the ones most widely known. These schools' curricula are often trilingual (with English being taught as a second foreign language), and graduates receive International Baccalaureate (IB) diplomas. There are also schools for minorities such as Armenians and Jews. Some of these schools teach strictly according to the Turkish curriculum, while others combine different international curricula for global education.

When it comes to choosing schools, expats go for international schools with multinational student profiles because children feel comforted by being surrounded by people experiencing similar lives.

These schools' primary language is mostly English, while other languages are offered as foreign languages. The curriculum is often coordinated with other international schools around the globe.

The capital of Ankara and Istanbul are the best cities for the most comprehensive, high-tech, and competitive learning experience. Owing to their location and the variety in population, schools in these cities will often provide more international opportunities for their students.

Izmir's city in the Aegean region would come in third as one of the best cities for international students. Not only is it the third most developed metropolis in Turkey, but it also has a high percentage of foreigners living or working there.

Following closely behind would be Antalya, housing a significant British and Russian expats population and some of Turkey's best schools.

Cities such as Muğla and Aydın, although they do have a considerable expatriate population, are not as high on the ladder when it comes to international schools; nonetheless, they have excellent schools depending on what you are looking for:

Izmir Turkish College and IELEV Schools are also always listed among the most successful schools.

Final and Uğur Schools entered the education race as disciplined and top-performing institutions in recent years after Turkey closed down many private afterschool education courses for putting families under economic and psychological strain in the lead-up to nationwide exams.

Location and city is the most significant determinant when it comes to academic achievement. For example, a school in Kadıköy or Beşiktaş districts in Istanbul will almost always outperform one in Kuşadası.

Unfortunately, the best and most elite schools do not come cheap. They can cost anywhere from TL 10,000 to TL 150,000 or more, including or excluding pricing for food, transportation, and other amenities at the school annually.

How To Homeschool in Turkey

This is a rather tricky concept here in Turkey. If your children have Turkish citizenship, they will not be able to opt for homeschooling as national education laws mandate that all children receive their education at private or state schools. (The coronavirus pandemic has made remote education widespread, but teaching at home is still a foreign concept to many Turks.)

Though there are no specific clauses that deem homeschooling legal or illegal, Turkish institutions or parents are not a practice favored or encouraged, especially as the country is still trying to drive literacy rates up in more rural regions.

As a parent, as you will be in charge of the teaching when homeschooling, the curriculum is up to you. Many American or British families try to stick to their national syllabuses or turn to Singaporean or Finnish teaching methods for the most modern take.

Getting course material, i.e., books and worksheets may also prove a challenge if you live outside of big cities, but you could always order them in from abroad.

How to Work in Turkey as a Digital Nomad or Freelancer

How to Buy a Car in Turkey as a Foreigner 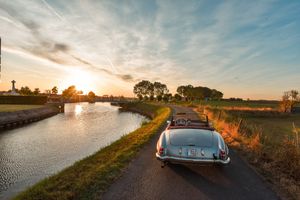