Getting Married in Turkey: What you Need to Know

Getting married in Turkey: What you need to know

Whether your spouse-to-be is Turkish or you’d just like to book a wedding in a beautiful location, good news: you can get married in Turkey as a foreign national.

As with all countries, to get married in Turkey, there are some primary conditions.

To be legally recognized, all marriages in Turkey must be performed under the Turkish Civil Code’s authority.

If your own country doesn’t allow you to be married, Turkey will not allow it either.

According to Turkish Family Law:

As a foreign national, you can marry either in the offices of your own country's embassy or consulate in Turkey or in marriage offices (evlendirme dairesi) run by local municipalities.

…and both are of the same nationality:

Your marriage can be conducted either by Turkish authorities or by your country’s embassy or consulate officials. Not all countries’ consular officials will do this; for example, the U.S. embassy does not perform marriages.

…and are of different nationalities:

If you and your spouse are of different nationalities, and neither of you is a Turkish citizen, your marriage ceremony must be conducted by a Turkish official.

If you are a foreigner marrying a Turk:

Your Turkish spouse must be able to prove their residency and citizenship. Your marriage must be conducted by a Turkish official to be valid.

You must provide the following documents to your local Marriage Registration Office to get married:

* You will have to fill in and print out the form and then sign it in the presence of notary officials.

**You will be given a general medical exam and be asked to take a blood test. You may also be asked to provide a chest x-ray, as is also customary for work permits.

You will need to get any non-Turkish documents translated and then notarized or apostilled to be accepted by authorities.

You do not need to have residency; a valid tourist visa will suffice.

Don’t forget: Both sides will have to file these documents for marriage registration, regardless of citizenship.

Question: Where can I obtain a certificate of celibacy to get married in Turkey?

This document, which states whether you are single, divorced or a widow, can be obtained from your country’s embassy or local consular office in Turkey. If you obtain this certificate from the Istanbul consulate, it must be approved by the Legal Affairs Directorate of the Governorship of Istanbul, and by the Ministry of Foreign Affairs if it is from Ankara.

If you are not a resident in Turkey, you will have to ask your local municipal office back home and then get it translated and certified by the Turkish embassy in your country with an apostille.

Question: Why do I need to have a blood test before marriage?

You will be asked to undergo a medical exam and a blood test to determine your blood type and rule out any venereal diseases such as HIV, gonorrhoea, syphilis and hepatitis B and C, genetic disorders such as thalassemia and sickle-cell anemia, or contagious diseases like rubella.

Question: Will I need to register my marriage in my home country after getting married in Turkey?

No, you won’t. All marriages registered in Turkey are recognized internationally.

Question: Will I automatically get Turkish citizenship when I marry a Turk?

No, Turkish citizenship cannot be acquired immediately via marriage. After having been married to a Turk for at least 3 years, you can apply for citizenship.

If you have more questions, please give us a call. 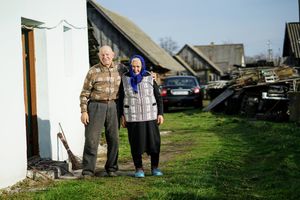 How to Acquire Turkish Citizenship

How to Get and Renew a Residence Permit in Turkey 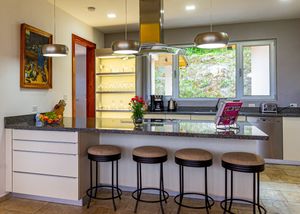