Turkey ranks in top 10 among best countries for expats

Among over 150 countries around the world, Turkey is the seventh-best place for expatriates to live and work, according to a new survey.

According to the survey, 62% of expats in Turkey said that quality of life in Turkey is much better than in their home countries.

Over half of expats in Turkey have enough time for their hobbies and private lives. Also, 69% said they feel safe in Turkey and that Turks are friendly to foreigners.

The proportion of expats who are satisfied with the balance between working hours and private life was 60%.

In terms of the data overall, among 163 countries Turkey was ranked seventh-best for expats, after Switzerland, Singapore, Canada, Spain, New Zealand, and Australia.

Turkey also came in first in the survey in the categories of “cultural, open and welcoming” and “ease of settling in.” 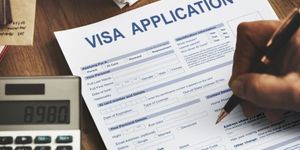